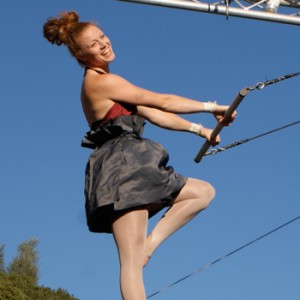 Adie began her circus career at NICA in 2004. After graduating she left Australia to ride elephants in India, then onwards to Europe to join the UK’s largest touring contemporary circus company NoFitState.  Over 8 years she to performed swinging and flying trapeze, hula hoops, fire, acrobatics, trampolining, rollerskating and much more in the big top, on the street, and in venues such as the Roundhouse in London, The Eden Project in England, and La Tohu in Montreal. Adie also spent two years with Cie Oncore’s flying trapeze show ‘Une Drole de Maison’ flexing her clowning muscles, and among other various events performed a season with La Clique at Edinburgh Fringe.

Alongside her performing career, Adie has constantly nurtured a passion for teaching. Having come from gymnastics coaching, Adie now holds a diploma of personal training, and has attended Cirque Du Monde’s train the trainer, Holistic Circus Therapy, aerial teacher trainings from the New England Centre for Circus Arts and two Network of International Circus Educators conferences. Adie spent 2014 as NoFitState’s head trainer, working fulltime on their community and youth circus program where she began writing a three year curriculum for school age children. Taking inspiration from many different disciplines and her own personal practise, Adie now manages and teaches at The Circus Studio, and still pops up on stage occasionally. 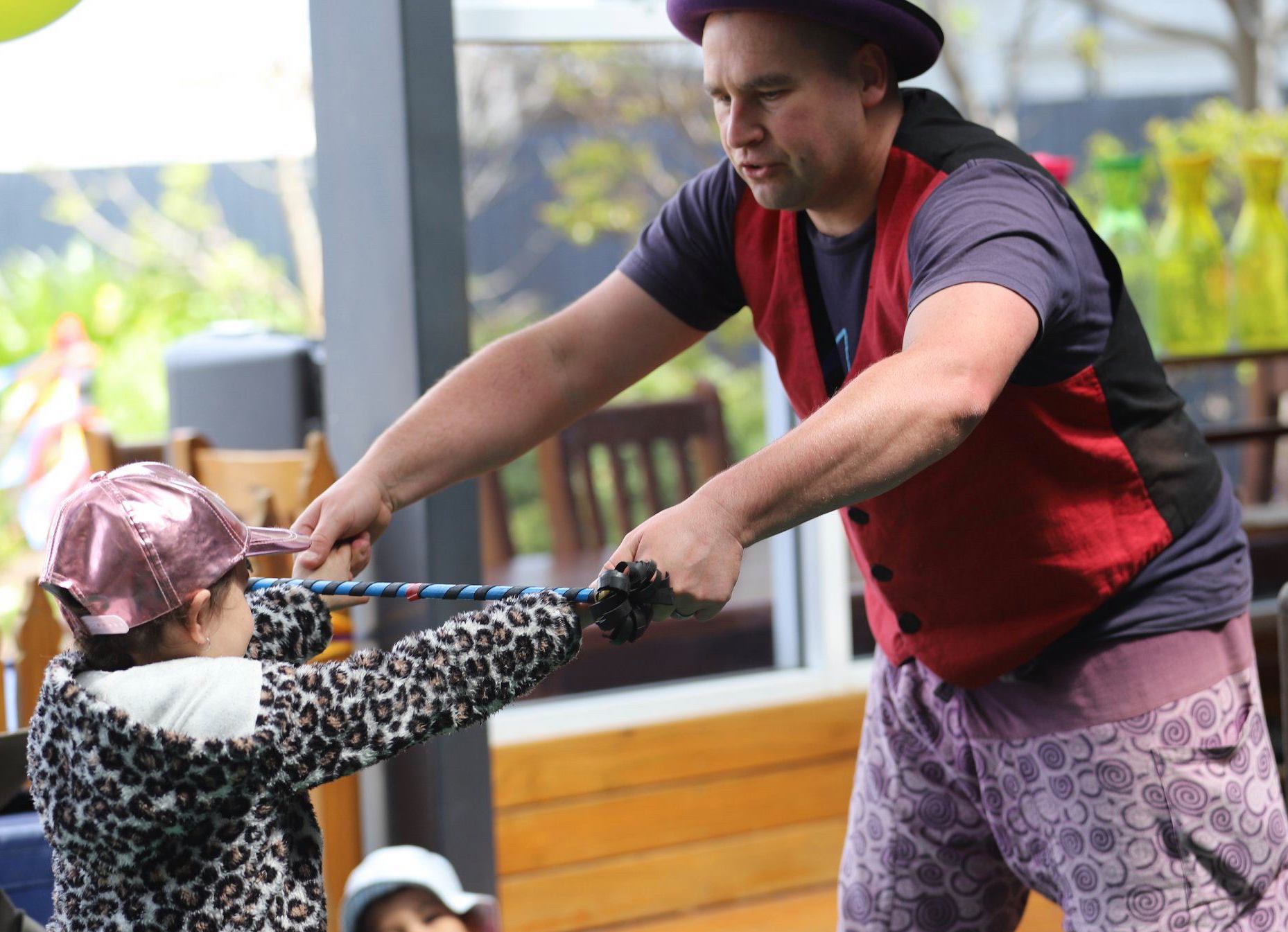 Christian learned to juggle when he was 13 years old and almost 3 decades later he’s still going strong! In 2007, Christian founded the Melbourne Juggling Convention, and in 2010 he founded a micro-business called JuggleBus. Since his move to Tasmania in 2010, Jugglebus has morphed into Social Circus Tasmania, which is now part of The Circus Studio! Christian has taught thousands of people all over the world and his favourite is teaching really complex juggling patterns.

Christian is terribly passionate about all the different ways he can bring circus into the lives of people around Tasmania: kinder circus, circus for all abilities, equipment-making, youth, adults, seniors, festivals… the biggest problem he’s got is working out where to start! 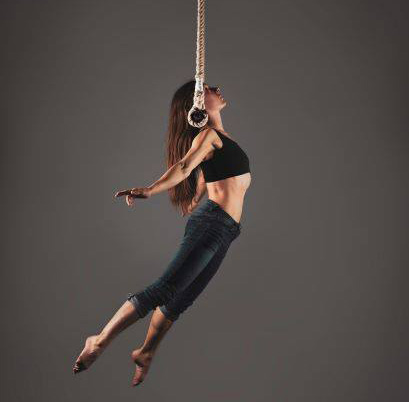 Cat first took part in community circus classes with Westside Circus at age 16. She stayed with them for three years and decided during this time to one day become a teacher herself, hoping to give back the wonderful experience offered by community circus.

After moving to Hobart for university, Cat joined a number of classes at the newly established Circus Studio and continued training regularly for another three years.

Cat then travelled to London to take part in an intensive aerial course before moving to Wales to be a community circus trainer for NoFit State. Cat remained there for a year and a half, before returning to Hobart, where she is now enjoying beautiful, wild Tasmania and teaching at the Circus Studio.

Hera is a Circus Studio sweet heart from way back. She is currently studying an MFA in Cultural Leadership at NIDA, and producer of the award winning QT Cabaret. She has been performing and coaching circus and performance skills since she was 18 years old, with a distinct passion for creation and doing things differently.

Hera specialises in bending, lyra, and getting you to add some distinct movement to your trix. 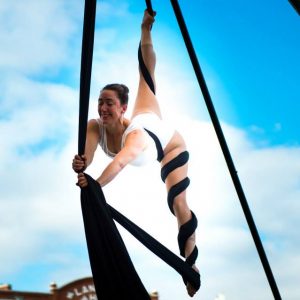 Since 1999 Robin has been a freelance performer, touring dance/circus-in-education shows and variety acts to all states, and at events including the Taste of Tasmania, Penny-farthing Festivale, Launceston Festivale, Tasmanian Circus Festival.  Robin also runs the Quirky Little Show, which regularly offers a stage to international and local performers in a cosy Tasmanian venue.  From 2001-11 she directed Gotta Dance Studio in Kingston.

Robin appears here at The Circus Studio, as well as Diamond Dance Studio, Barefeet Dance, with Creature Tales as acrobat on Spirit Of Tasmania, at Island Care.  She was a Senior Trainer for Slipstream Circus and specialises in aerial arts, acro-balance, hoop, dance, directing, choreographing and rigging.

Robin has a background in Human Sports Physiology, Nutrition, and Education, and is passionate about improving mental and physical fitness while working creatively, and expressively.

Ty Fitzsimons grew up in far Western Australia, he loved playing in waves and jumping on trampolines. He somehow managed to turn this into a job after doing a degree in Physical Theatre and a Bachelor of Circus arts. He travelled all over Australia and parts of Europe performing circus at schools, festivals and corporate events. He has been teaching for over a decade and has a zero death rate in his classes so far. He has 1 child who is still young.   He enjoys tumbling and playing video games. If you ask nicely he can burp on command.

As a child she dreamt of running away with the circus, but along the way got distracted making physical theatre instead.  She now has found her way back on track and gets the greatest pleasure from climbing and balancing on people and being flipped about in the air.

Genevieve has worked in the disability sector for many years, as a teacher of performance creation and dance, and as a carer as well.

She has toured numerous Fringe and Arts Festivals around Australia, and worked with theatre companies across Australia, Italy and Belgium.

Genevieve has a diploma in Commedia dell’Arte (FAVA, Italy) and Movement Analysis and Theatre Creation (Lassad, Belgium)— and a bachelors in Theatre (QUT). 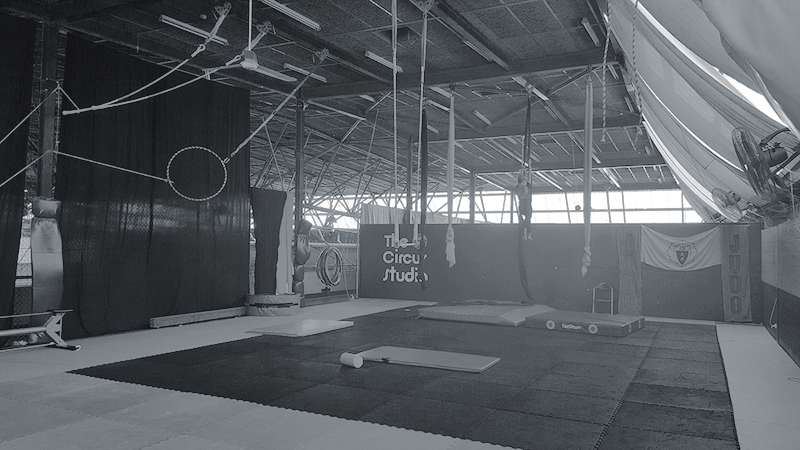 Circus classes for kids and kids at heart! We are a not-for-profit, community centred organisation bringing together a collaborative community of people to provide opportunities for everyone to explore circus. 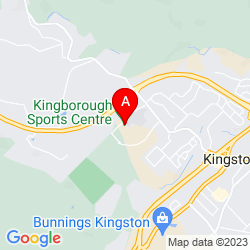 (Turn left at the cafeteria and follow the signs)